Hovertravel, the world’s only year-round scheduled passenger hovercraft service, is wearing a red nose on each of its two hovercraft to raise awareness and encourage donations for Comic Relief 2022. 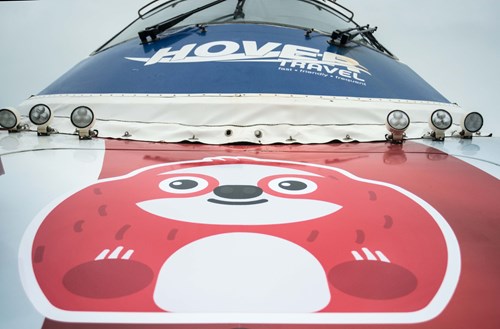 Loretta Lale, Head of Commercial at Hovertravel, explains: “Our hovercraft are some of the most photographed commercial vessels in the world and we wanted to use their popularity to raise the awareness of Comic Relief and hopefully encourage people to give what they can.

Hovertravel will be collecting donations in their terminals and obviously anyone can give online at https://donation.comicrelief.com/

Accredited members of the media looking to film on our hovercraft or at our terminals for a relevant, current news story should contact our press office on:

All requests will be assessed and responded to within 24 hours.