The Hovercraft idea developed during the 1950s when research proved that high speed boats were more efficient when air became trapped under the hull reducing friction.

A young engineer named Christopher Cockerell took idea one step further by introducing a powered lift system, lifting the hull entirely free from the water. The resulting drastic reduction in drag meant that very high speeds were achievable for a relatively small vessel.

An added bonus of the active lift system was that this new invention was not just restricted to water but in fact could travel over, land or ice, capabilities that were not previously possible.

The National Research and Development Council then provided funding to build a full size working model, which it decided to call a ‘Hovercraft’. The first hovercraft was called the SRN1 was built in Cowes, Isle of Wight. This was used for experimentation, demonstrations and further development work, successfully crossing the English Channel on the 50th anniversary of the first cross-channel crossing by aircraft.

Early trails raised new challenges, firstly the hovercraft was difficult to control, particularly on land, and performance was severely affected by rough sea conditions. Christopher Cockerell went back to the drawing board and in a second wave of inspiration, came up with the idea of adding a flexible skirt to the hovercraft. This would have the effect of trapping the air beneath the hull so that the hovercraft would naturally fly higher above the surface, this height could now be controlled allowing the Pilot to control the speed far more effectively. So the SRN1 was redesigned with a large reinforced rubber skirt and the adventure continued… 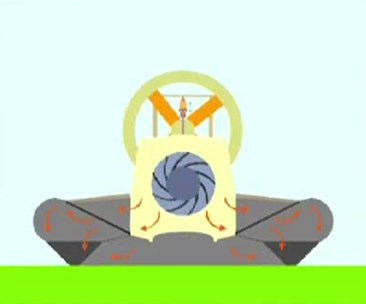 Air is driven via a centrifugal fan into the skirt which then traps this air underneath the hovercraft lifting it clear of the ground. 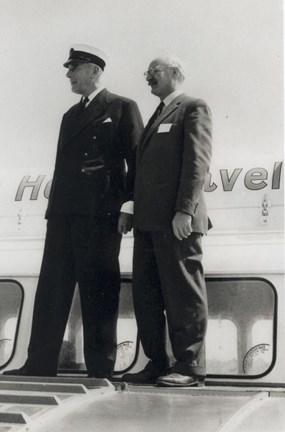 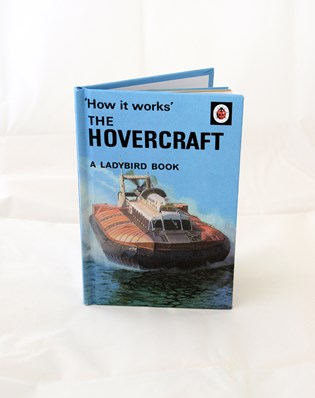 The Hovercraft Was Born

The potential for Christopher Cockerell’s new invention was immediately obvious and so further designs were put together. Performance was further advanced with the addition of aircraft propellers. This provided more power and separating the lift and propulsion systems resulted in even more improvement to the overall controllability, the hovercraft was now highly manoeuvrable, both on land and at sea. 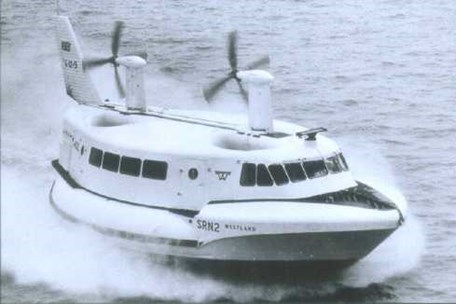 SRN2 – an early passenger hovercraft, the addition of a flexible skirt and aircraft propellers considerably improved performance and manoeuvrability 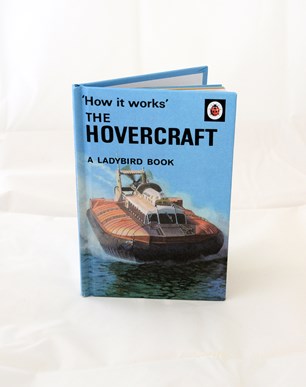 Various methods were experimented with to steer the hovercraft in a controlled way. Simply turning the hovercraft can result in the hovercraft going sideways but continuing in the same direction due to the lack of contact with the surface. Air vents, swivelling pylons and skirt control systems were all used on different types of hovercraft. The addition of propeller ducts however, allowed rudders to be mounted directly behind the propeller air flow. This system was both simple and efficient and is used in modern hovercraft to this day. 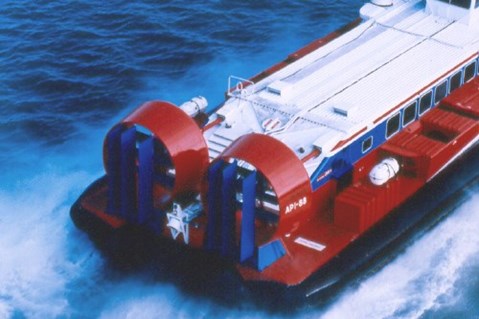 Rudders mounted on propeller ducts proved the most effective method for steering hovercraft in a controlled way.

During the 60s and 70s hovercraft where powered using aircraft gas-turbines which were small lightweight but very powerful. Widely used in the helicopter industry this type of engine was ideal. As time went on, fuel prices started to increase making this type of engine less economically viable, particularly for commercial operators. Another issue was noise levels which were proving a threat to the future of hovercraft in populated areas.

Skirt technology continued to develop throughout the Seventies making lift systems more energy efficient. This coincided with considerable improvements in diesel engine technology. Lighter, high speed, air cooled diesel engines were now available that opened up exciting new possibilities to develop an entirely new generation of multi-engine hovercraft that would prove to be economical, considerably quieter, easier to maintain and longer lasting than previous models. In a joint project with Hovertravel, the British Hovercraft Corporation and The National Research and Development Council, the first fully amphibious commercial diesel powered hovercraft was built, the AP1-88.

This went on to be one of the most successful designs so far, with various versions being developed for use around the world. A larger version – AP1-88/400- was developed for the Canadian Coastguard, and these remain in service today. 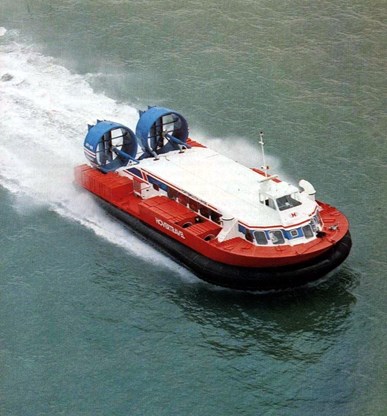 Tenacity – Powered by four air cooled diesel engines entered service with Hovertravel in 1983 and a new generation of hovercraft was born.

The AP1-88 hovercraft remained in service far longer than originally planned and a number of improvements were made. By the time Hovertravel took to decision to design a replacement, technology had moved on presenting new possibilities. Over the previous decades diesel engines had improved considerably. Water cooled engines were now available that were far more powerful and reliable. Therefore it was now perfectly feasible to design a large hovercraft with two engines rather than four. Propeller technology was also looked at to compliment this new concept which in theory would be considerably quieter, more fuel efficient and require less maintenance than earlier designs.

Trials were carried out using the Griffon Hoverwork 8000TD craft that were being built for the Indian Coastguard at the time. This craft was a twin engine diesel craft that had proved a best- seller and was in use for various different roles including search and rescue and coastal patrol all over the world.

The idea of the 12000TD was to evolve this successful design into a larger version capable of carrying up to 80 passengers in a comfortable, low noise environment that would appeal to potential passenger hovercraft operators.

Nothing for this new design was based on the previous AP1-88 design, everything was designed from scratch, Pilots were re-trained and the two new hovercraft –Solent Flyer and Island Flyer- were introduced to the Solent service throughout 2016 allowing the aged AP1-88s to eventually be retired. Many of the features of this new hovercraft were designed to maximise the passenger experience of being on a hovercraft, to experience the speed and exhilaration of travelling at speeds up to 50 mph, having large clear windows so that the skirt is clearly visible as the craft races across the Solent leaving other vessels trailing far behind. 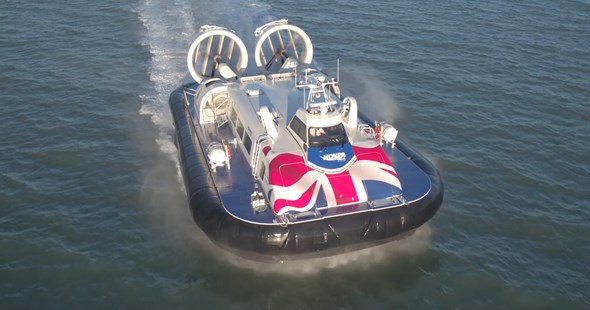